Recent reviews for "Get Up"

★ ★ ★ ★ - "Hits a new peak of power-pop mastery, as "To the Moon," "Out of My Mind," and "So Bold" represent the band's best, loudest, and catchiest tunes yet. The disc further features Peroni's first full-scale epic with "In the City (Rail)," a multi-sectioned journey through its creator's musical consciousness that demonstrates the band's hard-earned musical facility. Less immediately gratifying than Make Up, the ambitious, eclectic Get Up reveals its pleasures through repeated spins, insinuating itself intellectually at first, but eventually settling permanently into the heart." ...more
- The Austin Chronicle 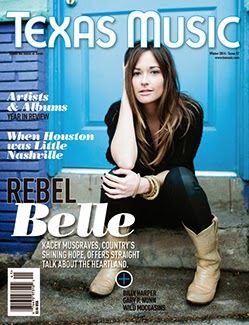 "Bouncy tunes like “Marching Band” and “Doctor” offer nods to the sunniest songs of the Beatles and the Kinks, with jaunty chord progressions and tinkling, saloon-style piano lines. Lengthier anthem “To the Moon” culminates in an electric guitar solo to please Syd Barrett. There's not a bad song on the record" ... more

"First time I heard this track from Kevin Peroni's Austin-based quartet, I was certain it was by an alt-pop U.K. band like Teenage Fanclub or The La's. I had to double check their website. Regardless, this is really catchy, vibrant alt pop-rock that will make you sing along."  ... more
- Huffington Post

★ ★ ★ ★ 1/2 - "Get Up is one of those albums that gets under your skin, its songs the ones you find yourself humming and can’t quite remember where you heard them. Rock bands with a more “pop” sound often get dismissed as lightweight, but Wiretree’s songs are pop of the highest order, the kind that is both accessible and carries an emotional impact. So get up and grab Wiretree’s latest—albums this good don’t come around as often as they used to."
- The Fire Note    ...more

(UK) "Get Up is the band’s fourth album, and such is the high quality of the entire album overall that I now feel duty bound to go and search out their back catalogue, which is as much of a ringing endorsement as you could give, really"
- Seen It Heard It  ... more

"Devoid of any weighted expectations or clumsy genre integration, “Out Of My Mind” (off their new album Get Up) finds Wiretree interweaving a gorgeous melody with bursts of churning guitars and chest-thumping percussion. The song seems to inhabit that moment in time when your breath catches in your throat the second before fireworks explode across the sky in a dazzling array of hues and patterns."
- Beats Per Minute   ... more

Wiretree’s fourth release is pure power-pop pleasure: clean harmonies, crisp acoustic guitars, shimmering synths and infinitely hummable choruses. It’s light fare, to be sure, but satisfying if you don’t think too much about it — the sorts of sounds best enjoyed on breezy afternoons, turned way up with the windows rolled down. ... more

"I can’t help but feel that the compilation of tracks tells a story, or at least creates a montage of images from a young person’s life; it’s an amalgamation of ideas and sentiments for young people finding their way. Each track offers a completely new sound, without the transition being jarring or unwanted. Wiretree’s true-to-self fourth album takes you on a journey from that first call-to-arms for taking initiative in your life, through pain, loss of confidence, and finally a psalm to juvenescence" ... more
- Ovrld

"Wiretree creates smart melodic gems that are uplifting, memorable, and heartfelt. This is genuine, thoughtful songwriting worth embracing and supporting." ... more
- Side One Track One

Candis Magazine (UK)
"The latest studio album from the Texas-bred band showcases carefree pop and light rock at it's best.  Bet Up is an effortlessly beautiful album that's perfect for relaxed listening over the summer."
- Candis Magazine (UK)

"There are more catchy tunes packed into nine tracks than some bands try for with twelve. Title track “Get Up” is reminiscent of a perfect 90's pop rock song, and it draws you in, making you feel like you don’t want it to end until the next song “Marching Band” comes on and wins you over again. Kinda Guster, kinda Beatles, kinda Weezer, Wiretree’s sound is sweet and non-threatening, but in the best way." ... more
- The Horn

"Get Up, the fourth LP from Austin, TX natives Wiretree has such a relaxed and comfortable feel to it you could almost take it for granted as always having occupied space in your music collection.  Part of that presence comes from singer-songwriter Kevin Peroni’s ear for melody and knack for incorporating his myriad of influences into sounds that are pleasantly recognizable without becoming overwhelming in their focus or direction.  There’s a genuine sense of thought and soul to that process that seems to transfer seamlessly from his head to our ears."  ...more
- Speaker Creature


TSOC (uk)
"There is a lightness of touch melded with a lush sense of joy which is infused throughout 'Get Up'. But this is no generic Mumford romp, simply a great way to start the album, if not your day. 'Marching Band' is as bright as 'Get Up'. There are nods to 'Band On The Run'-era Wings, and then there is the couplet of "I used to listen to the Beatles and The Stones, then I found other bands". 'Marching Band' is no mere homage, and Kevin Peroni has a Westerberg ability to make the mundane shine."
- The Sound of Confusion

"The breezy opening title track sets the agenda for some uptempo pop nostalgia. Whereas I had previously made comparisons for Peroni’s vocals to George Harrison (and ‘So Bold’ does sound like a lost Travelling Wilburys’ number), now it’s possible to hear those throaty tones of The La’s Lee Mavers too. Certainly, there is a strong 1960′s/1970′s pop thread running through the guitar strings on these songs, or at the very least the 1990′s Britpop version of it). ‘Marching Band’, for example, name-checks The Beatles and The Stones but the plinky-plonk piano is reminiscent of an earlier history whereas ‘In The City (Rail)’ is the closest they get to the aforementioned Big Star.  Yet as much as ‘Get Up’s outlook could be described as having a sunny disposition, several songs stand out for their melancholy. ‘Out Of My Mind’ adds a welcome shot of urgency, courtesy of its intense percussion and widescreen rock production. Two of the longest tracks (four minutes for them is lengthy), ‘Doctor’ and ‘To The Moon’, reveal a depth of songwriting that stretches beyond their usual easy on the ear material and full marks too for the introspective, atmospheric closer ‘When You Were Young’." ...more
- Leonards Lair (UK)

★ ★ ★ ★ 1/2 - "Get Up is the fourth full-length release from these folks...and it features more of the uplifting guitar-driven pop that has garnered them so many fans over the past few years. The main driving force here is melody. These songs have great winding melodies that are intelligent, memorable, and ultimately very different. Although these songs can best be described as pop, they are by no means the bland sort of formulaic junk that has become the standard in the twenty-first century. This is yet another classic addition to this band's impressive catalog. Ten cool tracks here including "Marching Band," "Easychair," "To The Moon," and "When You Were Young." Top pick. ... more
- Babysue

"From the Shins-like opening title track to the laid-back autobiographical (?) shuffle of "Marching Band" to the Wilco-like "In the City (Rail)", Get Up is top-notch indie pop-rock. And "Doctor" is a treat for those of us who enjoyed Wiretree from the beginning, as its acoustic guitar-and-piano shuffle brings back memories of tracks like "Big Coat" and "Find a Way" from the first two releases".   ... more
- Absolute Powerpop

"First time I heard this track from Kevin Peroni's Austin-based quartet, I was certain it was by an alt-pop U.K. band like Teenage Fanclub or The La's. I had to double check their website. Regardless, this is really catchy, vibrant alt pop-rock that will make you sing along"  ...more
- Celebritynewsie

"Get Up is cohesive set off songs inspired by English bands such as Radiohead and the Kinks. Also you'll hear Kevin’s appreciation for American groups and the likes of Granddaddy and Dylan.  As far as the initial goal for the album to sound home-grown and carefree goes, it is already a success. With a relaxed attitude and myriad of subdued melodies, it shares a positive vibe and will surely set you in a good moon even on Monday morning."  ...more


Translated from German
"The fourth album of the quartet Wiretree from Austin in Texas offers even more grandiose alternative pop with an indie twist. On this new album, "Get Up" the rough, rock'n'roll inspired by The Kinks its beginnings moves in favor of a Beatlesesque sound à la Badfinger something in the background. The title track is fast and gorgeous, but still intimate, and therefore is as much a highlight as the reminiscent of the Kinks "Marching Band" or the catchy, waltz-like "Easy Chair".  Fans of classic sounds are sure to love, because with charm and great creativity the quartet adds with beautiful songs all at a detached, entertaining guitar sound."... more
- Heytube.de